Schindellegi, Switzerland, October 10th, 2017 – Sukano, a world leader in the development and production of additive and colour masterbatches and compounds for polyester and specialty resins, recently launched its latest generation of ultra-clear Masterbatch for oriented film (OPET) application.

Over the last 30 years, the company has never stopped searching for ways to keep improving the performance of its additives for OPET to further improve optical and physical performance. This experience and innovation has paid o  with the development of this new formulation.

When used at 1000ppm, lab results conducted at the Sukano global technical center in Switzerland show that this new formulation produces haze levels below 1% on a 10/80/10 coex OPET film with 24microns thickness, while at the same time providing excellent coe icient of friction (COF) values and printability. OPET coex films 10/80/10 containing 1500ppm active ingredient as typical maximum use level in thicknesses as 12micron, 24 micron and 50 micron have also demonstrated outstanding haze levels – again, measured in-house – reported at 1.22%, 1.27% and 1.98% respectively.

The result of a new chemical combination of additives, Sukano employed a thorough selection of ingredients with a large particle size to create higher surface roughness. This provides the fastest-known splitting speed in use reported today, while melt filtration is kept suitable for 20micron filters.

In order to minimize issues common to early stage project development, Sukano’s formula was tested at lab scale to evaluate the extrusion performances of the material. This was done using the company’s in-house COEX commercial film line dedicated to PET from Dr Collin, which has the ability to produce up to 5layer film structures. This was followed by a validation of optical (color, opacity, gloss) and physical (density, mechanical) properties of the film using the Sukano's KARO IV labstretcher from Brückner.

By conducting these tests using own lab equipment, the company was able to o er stretched film samples under a controlled lab environment. This allows the customer to carefully and thoughtfully select the most promising product performance before going to pilot line trials – or even allows them to skip pilot trials altogether, going directly to industrial trials.

“By combining our two pieces of advanced technology with the technical knowhow of the specialists designing the new formulas, Sukano is able to generate an analysis that can provide a very good indication of the expected behavior of the product on the specific customer’s manufacturing lines. This helps guarantee that the films and properties produced provide the highest acceptance level for processing performance scale-up predictions – states Mr Michael Kirch, Global Head of R&D at Sukano.

The benefits for customers are drastically shortened development times and accelerated time to market. 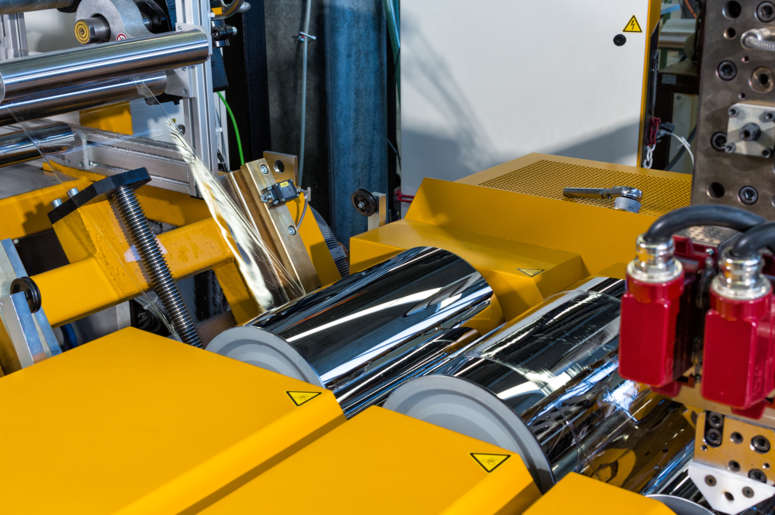